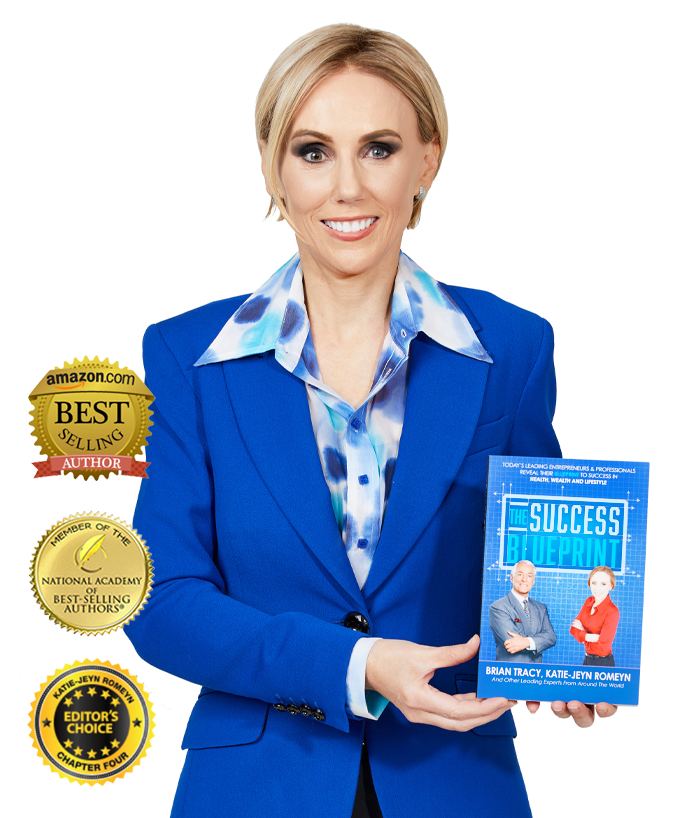 Katie-Jeyn shares with her clients and audiences that being in the WHITE-BALL-OF-ENERGY is fundamental to success. Because, when you are in the White-Ball-of-Energy people, situations, and events will happen quickly to create what you want! We have all had those times when things just go clickity-click, everything lines up and synchronicity is everywhere. This is the WHITEBALL-OF-ENERGY. And on the flipside, we have all also experienced those times when everything is hard. It is an uphill battle, everyone else seems to be winning but you are not. This is BLACKBALL-OF-ENERGY. So, where do you want to be? WHITEBALL-OF-ENERGY of course!
One of the FASTEST ways to get in the White-Ball-of-Energy, is to read books. Books spark our imagination.
“IMAGINATION CREATES REALITY” Richard Wagner

However, not all books are created equally. Not all books will spark your imagination and not all books will get you or keep you in the White-Ball-of-Energy. The Success Blueprint however, is a book that will do both. Co-Authored with Brian Tracy (Best-Selling Author, International Speaker and Entrepreneur) & 40 extraordinary experts from around the world, The Success Blueprint will launch you into the White-Ball-of-Energy and spark your imagination.

Katie-Jeyn’s chapter in The Success Blueprint, which won the Editor’s Choice Award, describes Katie-Jeyn’s career journey from when she ACCELERATED her career from the front desk of a mine to being an AWARD-WINNING EXECUTIVE in record time… which included when Katie-Jeyn was working as a Human Resources Advisor, where she was just a little ‘number’ at Rio Tinto, but had the audacity to make the DECISION that she was going to CREATE an Employer-of-Choice! A big, hairy, audacious vision and one that she had no idea how she would create and if, in fact, it would actually unfold.

That DECISION was made by Katie-Jeyn when she was at the Intravenous Lounge in Sir Charles Gardiner Hospital (in Perth, Western Australia). Katie-Jeyn was having what would be her last infusion of REMICADE, a drug used to treat her serious case of Crohn’s disease, which at its peak had resulted in 9 surgeries in 11 months.

Sitting quietly with amongst the seriously ill cancer patients, as the infusion went in, Katie-Jeyn reminisced on the previous 15 months of her work. Feeling sad, frustrated and angry about some of the decisions that had been made by the HR leaders above her.

As tears then poured down her face, she realised,that instead of pointing the finger at those HR leaders above her, it was time for her to STOP waiting for her boss to become the leader she wants them to be! And, instead it was up to her to BECOME THE LEADER THAT SHE WANTED HER BOSS TO BE!! It was time to step it up, overcome her fear of not being good enough and have the courage to lead and stand up for what she believed was right and best for the greater good.

And, that is when she used her IMAGINATION to create a new future and as a result her VISION to create an Employer-of-Choice was born. She decided she wanted to create a workplace where employees loved going to work, all whilst creating outstanding business outcomes.

The day that Katie-Jeyn made the DECISION to create an Employer-of-Choice was Friday, 22 December 2006.

So how do you get in the White-Ball-of-Energy? 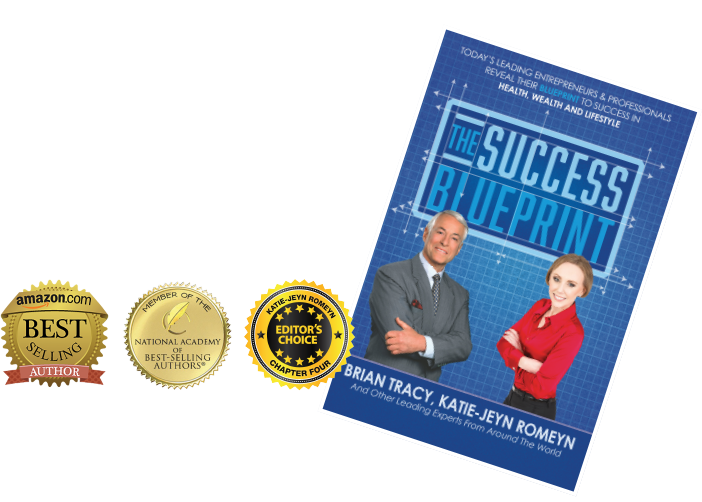 The EXPERTS in this book have dedicated themselves to their goals. Their blueprints include the good, the bad and the ugly. They are not afraid of success or failure. Their experiences will guide and mentor you as you pursue your own goals and begin designing your own SUCCESS BLUEPRINT. 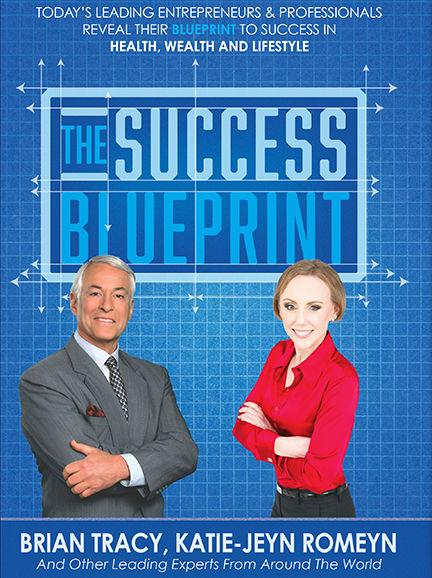 For SUCCESS is the architectural rendition of what success should look like. It will give you the detail and various views of the concept. It is no secret that achieving goals is a personal and individual pursuit. Your goals are invariably different to those of your neighbor. One important secret in pursuing your goal is in your ability to identify it clearly and distinctly. Accomplishing any goal for success requires us to make changes to the identified product/service/present condition or situation, in order to produce what we are trying to achieve. The CelebrityExperts® in this book have dedicated themselves to their goals. Their blueprints include the good, the bad and the ugly. They are not afraid of success or failure. Their experiences will guide and mentor you as you pursue your own goals and begin designing your own SUCCESS BLUEPRINT.

Please ask a question, make an enquiry or send us a message.
Fill in the form below and we will respond during normal business hours.

A special event hosted by Katie-Jeyn Romeyn where we meet to INSPIRE each other, CELEBRATE SUCCESS and share SECRETS to career advancement.

*We will not spam, rent or sell your information
*Refund Policy: No refunds except if the event is cancelled or rescheduled.